I hope you were able to collect the Harvest of Memories paper and elements give aways from Shel Belle Scraps and The Scrappy Kat! Today they are giving away the alphas. The preview below is linked to Shel's Blog for you... Don't forget to visit The Scrappy Kat for her beautiful alpha give away!
Posted by Ginger at 10:00 PM 5 comments: Links to this post 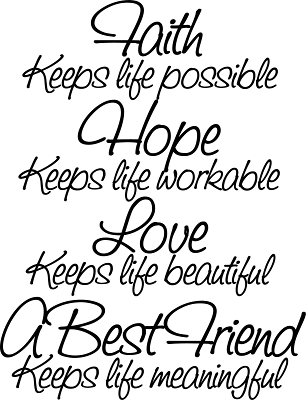 We had lots and lots of rain over the weekend and this morning. The weather guy kept warning of possible "flooding" and I was secretly hoping for some. LOL! I wanted local flooding so that the streets would be impassable and school would be canceled and I could stay home in bed all day.

When the alarm went off this morning, I hopped out of bed to the sound of even more rain and before going to the shower I turned on the TV and waited for the update on all the flooding and how school was canceled.........I'm still waiting!

Not even my little street that floods when someone spills a coke was flooded. How wrong is that? I had to shower and go to school and I was so sad!

I get to school and find that there is a helicopter hovering over the main building. I figured there was a wreck close by and didn't think anything of it. I tried to walk to the main building to sign in and complain about the lack of flooded roads, but the gates were still locked. Right away I got jealous, thinking about the guy who comes in early and unlocks everything and how he was probably lucky enough to live on a flooded street and was still at home in his nice, comfortable bed. I think I cried a little bit, but I'm not sure because it may have just been rain drops landing on my face.

I go into my building---of course, someone had managed to unlock that. (stupid, responsible people!) I get into my class only to learn that the air conditioning isn't working. I try calling the main building to let them know that the gates are locked and the air isn't working. No one answered the phone.....

I immediately start freaking out and thinking that I'm probably the only person in the whole world that doesn't live on a flooded street and no one is answering my phone call because they're all at home in their nice, comfortable beds.

This time, I'm almost certain my tears were real. Of course, it may have just been sweat cause the air was out and it was HOT in my room.

I sat in my room and pretended to work on some things, but I was really just listening to the silence of the people who hadn't arrived yet. People who normally arrive early! At one point, I even walked out of my room and went looking for lights in other classrooms just so I wouldn't feel so alone in the world, but all the rooms were dark.....and scary.

I thought about getting in my car and giving that search for flooded streets one more try, but it had started raining a little harder and I didn't want my hair to get messed up any more than it already was from the rain and lack of air. So, I went back into my class and pretended to work a little more.

I was relieved when I finally heard another voice in the hallway and ran out to find out what was going on, why the gates were still locked, why no one answered my phone call, and why my street wasn't flooded like the weather man had practically promised it would be.

I find out that the helicopter wasn't hovering over head because of an accident, but because we had a gas leak....or a suspected gas leak on our main campus. There were police officers, fire trucks, helicopters and men in haz mat suits.....and it was still raining.....and parents were still dropping off their kids and driving away.

I kept waiting for them to call school off and make those parents come back to get their kids, but they never did. Instead, they left us in our hot building and sent over some extra kids to get them out of the rain, while other kids were put under the shelter on the PE field.

Now a normal person would say that it was a bad day with a happy ending since we got the AC fixed and nothing blew up, but I'm not normal!

My street still isn't flooded and I never got to see if any of the police officers, fireman or men in haz mat suits were cute.

So, all in all, it was a rotten day and I am totally blaming the weatherman!
Posted by Ginger at 12:09 AM 9 comments: Links to this post