The nicest car jacker ever... 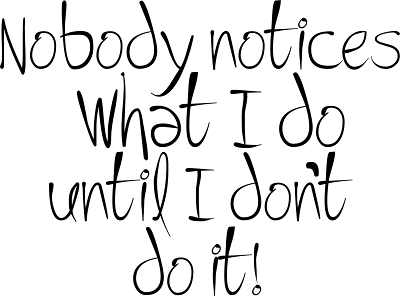 I know there are areas of town that should be avoided and I seriously avoid them ~ as long as my bipolar GPS doesn't insist on taking me there. There are other areas that I am comfortable with --- maybe a little too comfortable. Areas like my own neighborhood.

I was up and about early this morning and after getting gas I decided to vacuum out the car and run it through the car wash. I was meeting up with someone from my photography class later in the day to take pictures and thought she might appreciate riding in a halfway clean car. Plus, I seriously can't remember the last time it was vacuumed out so it really, really needed it!

I got my gas and drove the car around the building to the vaccuum. I put my quarters into the machine and began the boring job of vacuuming. YUCK! After finishing up on the drivers side of the car I walked around to the passengers side. Of course, I couldn't take the vacuum hose with me so I pulled it across the seat from the drivers side door. You know what I'm talking don't you? You've done the same thing before, right?

I'm almost done vacuuming and I look up to see someone, a man, standing right by my car ~ right at the open driver's door.

Now, I'm pretty sure you are all too aware that I don't handle emergencies well, but I gotta say that I was proud of myself today! In a matter of seconds, I assessed the situation and noticed some very important things...

1. This guy was tall enough that I only had a view of him from the waist down, but his pants were on and zipped up so that gave me quite a bit of relief.

2. My purse was under the seat on the passenger side of the car ~ closer to me than him so if he wanted my whole $12 and change he was going to have a hard time getting it.

3. If I needed to run I could cause I was closer to the street and the front of the station than he was.

4. The last and maybe the most important thing I noticed was that my keys were in the ignition and the car was running, so if he wanted to drive away with my car there wasn't going to be much that I could do to stop him.

Now, I'm torn between saving my car and letting him steal it so I can get a new one. Even though I would really like to get a new car, instinct kicked in and I decided to save my beloved VW.

The guy was still standing there as I started screaming and reached across the car to turn it off and grab my keys.

Well, I scared the poor guy more than he had scared me! He immediately put his hands up like he was being arrested and tried to back away, which wasn't easy because of the vacuum machine, the curb and the fence that were behind him. As he backed away he was saying...

"I'm nice! Please don't scream! I promise I'm nice! I'm waiting for my friend who is supposed to be here cleaning his car! I'm nice! I promise!"

The scary car jacker guy is still standing there with his hands in the air apologizing as I'm standing on the other side of the car pointing my half of a car key at him like a weapon and holding my other hand across my heart cause I swear it was about to beat itself right out of my chest. The scary car jacker guy was talking and talking about being sorry and not really being awake and his friend being late and not knowing where he was and trying to call him and not realizing that he had even walked up on my car the way he had and how he didn't mean to scare me and how he really was a nice guy.

Once my heart rate slowed to a pace that allowed me to hear something other than the pounding sound of it's beats in my ears I actually looked at the scary car jacker guy and had to laugh. I really was scarier than him and he was still holding his hands in the air. If the police had shown up, I probably would have been the one in trouble.

The not so scary car jacker guy offered to help me get the broken key out of the ignition, but I was able to get it with no problem and I had the valet key so I wasn't stranded. The guys friend arrived and I got to meet him. He was nice. Turns out he knows Orange Croc Guy, so OGC knew all about my experience before I had a chance to tell him.

He's still laughing at me!

I know that I was lucky and that this whole thing could have gone wrong ~ very, very wrong~ but I am having a hard time telling the story without laughing myself!