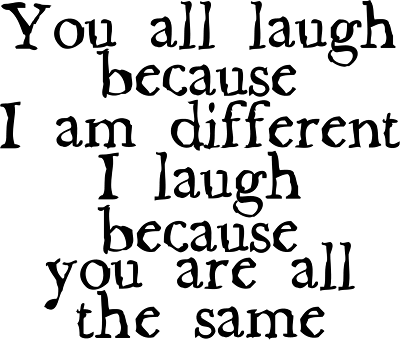 ***Sebastian's surgery has been postponed until March. As soon as I know the exact date, I will share it with you. I will save all the cards that we receive for his hospital room. To see a list of the cards received to date click here


Sebastian is a student in my class and his mother has given me permission to share some of his story with you. Sebastian was born with something called Arthrogryposis. It's a big word and an even bigger condition. I won't even try to pretend that I understand it fully. As a matter of fact, until the day I met Sebastian, I had never even heard of Arthrogryposis. Basically, it means that he has stiff joints and abnormally developed muscles. I don't know or understand why some children are born with this condition or why some are more seriously affected than others. I do know that Sebastian's arms, hands, legs and feet are affected by this condition.

I am his teacher and if I do my job with any measure of success he will leave my room a little wiser than he entered. The things I have taught him are considered valuable and useful. The lessons I have learned from him are priceless.

I have learned perseverance. Picking up a dropped pencil or paper isn't always easy when your fingers, hands and arms don't work the way they were meant to work. While it may not be easy, with a little effort and a lot of determination, it is not impossible. Nothing is impossible.

I have learned patience. It would be easy for me to simply "do" things for him so that I could move on to the next item on a checklist of things that must be accomplished everyday. However, the easiest thing isn't always the most honorable. Sometimes, no matter what anyone tells you, the lesson plans can wait.

I have learned perspective. The challenges I have faced in my entire lifetime are nothing compared to the ones he has faced or the challenges he will continue to face on a daily basis.

I have learned that screaming like a frightened little girl when I see him start to tumble and know that I can't catch him before the fall isn't the best reaction.

I have learned, that sometimes, letting him fall is the kindest thing I can do ~ literally and figuratively. It is the only way he can truly test himself. The only way for him to explore and expand his limitations.

I have learned the true meaning of courage. I have seen the scars that mark his little body. Scars from more surgeries than most people undergo in a lifetime. Scars that will be added to as he faces even more surgeries.

For the first time in my life, I have actually learned what the quote, 'You are as happy as you choose to be' really means. This little boy, who has every right to be angry at the world isn't angry at all. He has chosen to be happy and that happiness is contagious. Recently, his mother told me that she was out in town with Sebastian and for the first time she noticed other children pointing him out because of his differences. She cried because the thought of anyone looking at her child and not seeing the wonderful little man that she sees breaks her heart.

My heart breaks because I know that eventually Sebastian will notice the finger pointing. He will learn, at an early age, that people can be cruel. Whether it is a desperate need to feel better about themselves or for reasons that not even they understand, people will be cruel and Sebastian will be seen as an easy victim. I have come to you so many times in the past and asked for things that you have given openly and freely. Your response has always exceeded my expectations. Today, I am asking you for something that means more to me than anything I have asked before.

On February 15th, Sebastian will go into the hospital for another surgery. I would love to have his room filled with cards wishing him well and cheering him on. It would be wonderful for this little boy to feel the love that each card brings. (I know it will help to cheer up his mom too.)

Maybe, just maybe, when the day arrives that he notices the finger pointing and hears the name calling instead of being sad he'll remember the day that people from everywhere filled his hospital room with love.

If you can help out, please send a card to him.


If you're worried about your card arriving too soon or too late, feel free to mail it to me and I will make sure it gets taken to his hospital room.

***Since the surgery has been postponed until March, it will be best if future cards come to the school address. We are saving the cards and will decorate his hospital room with them.***
Thank you so much for helping. Feel free to contact me if you have any questions.