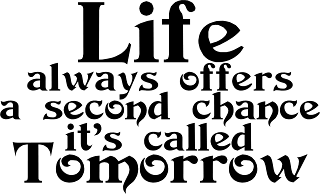 Not too bad for a $4 investment!  Of course, if we had matched one more number we would have won $20 thousand dollars.  We don't care!  We're not greedy!  We're excited about our $200 win.

OK, OCG is a little more excited than I am.  Or, he was until he went to the store on Tuesday to cash in the ticket so that we could spend the money on dinner and drinks.

He decided that he had to buy another ticket cause, you know, apparently, we're the luckiest people in the world right now and we're bound to win even more money if he buys another ticket.

I didn't want to bust his bubble, he'll figure out on his own that we're not THAT lucky.  lol!

Anyway, he goes to the store and fills out the form to buy another ticket and proudly hands it to the cashier along with Saturday's winning ticket.  I think he thought he was going to impress the cashier with his big $200 win.  lol!

He was so disappointed!

Apparently, the girl looked at the old ticket like, "Why is this loser giving this ticket to me," and then just laid it on the counter and printed out the new ticket.  She then told him that he owed her $4.  lol!

He pointed to the winning ticket on the counter and asked if she could take the $4 out of that.  According to him, she rolled her eyes at him, picked up the ticket and said, "Do you want me to check this?"

He said yes, so she did and then without any reaction or any congratulations handed him the new ticket and $268 before turning her back on him and walking to the other end of the counter.

I told him not to worry about it cause she was just jealous.  lol!

Well, we had decided to treat our lottery winnings like found money. You know that you're supposed to just totally waste found money, right?

We had every intention of doing that, but then we realized that even though the girl in the grocery store wasn't impressed, we are pretty lucky.  Instead of the large expensive dinner with way too many overpriced drinks and a yummy dessert, we ordered in pizza, drank beer that was already in the fridge and skipped dessert all together.  Then we donated the rest of the money to the Red Cross.

There are families in Oklahoma that aren't as lucky as we are.

Do you have any found money you can donate?