Getting back into the routine 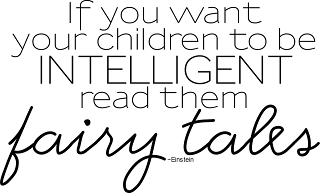 Getting up early for work has been kicking my butt the last couple of days.  I am proud of myself for only hitting the snooze button once ~ ok, maybe it's been twice ~ so far.

On Monday, I needed to get to school early because I had to finish the lesson plans for the week and get them emailed to the other teachers.  So, the first day back was pretty busy to start with and I was still half asleep so it was also pretty interesting.  lol!

First of all, I wanted to wear a pair of the new pants I got for Christmas and realized that they still had a tag attached with those stupid plastic thingys.  Well, I was too lazy to get a pair of scissors and decided that I could just bite the plastic thingy off.  Boy, was I wrong!  I couldn't bite through it and the plastic thingy actually got mad at me for trying and sprange back, hit me on the lip and it really hurt!  So, I started school with a busted lip.  lol!  It's not so bad that people have noticed ~ except for the people that I've pointed it out to ~ but it is bad enough to be a pain!

Once I was finally ready to leave for school, I couldn't find my keys and then I couldn't find my car in the parking garage because I couldn't remember what level I was parked on.  Eventually, I found the car parked on the fifth level ~ after walking the third and fourth levels ~ and I was on my way.

I got the door unlocked, finished up the lesson plans and emailed them out, changed the calendar from December to January and then headed toward the main campus to sign in for the day.

While I was in the office, I told them about my key situation and laughed about how it must mean that I really needed more time at home.  I was given an extra key to use because we are never allowed to be in our rooms with the doors unlocked.  (That's always been the rule, but because of the crazy things that go on in the world they're really enforcing it!)

I took the extra key and headed back over to my side of campus only to learn that I had been given an extra key that didn't fit my door.  lol!   I called the office and was told to walk back over for another one.  I made the trek again and waited while another key was located then headed back to my class room again.  Luckily, the second key worked!

Sadly, the air conditioning wasn't working!  Put a sleepy teacher in a locked room with 18 sleepy kindergarten students and no air conditioning and it makes for a very long and interesting day.

There were more cards for Sebastian waiting for us and I added them to this list.  There may be more cards in the next day or two because we've got two weeks of mail to sort through.  lol!  Sebastian's mom says that he is doing wonderfully and he may even be back in school before the week is over!