Anybody want to buy me a new car? 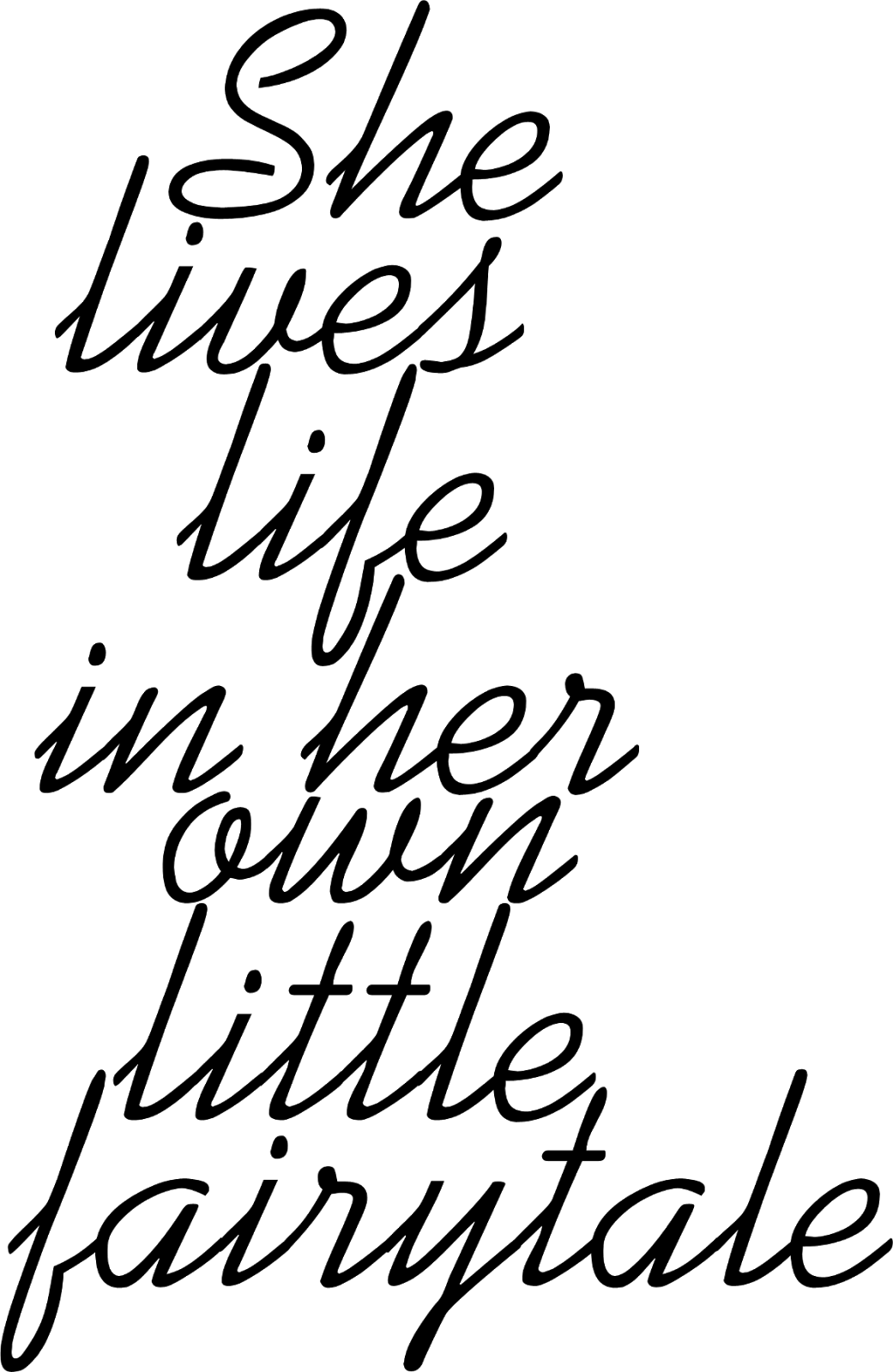 ***Come back tomorrow for the "his" version of this word art!***

So, I was having a great day!  Great weather, great friends, great food and lots of fun-----then this happened... 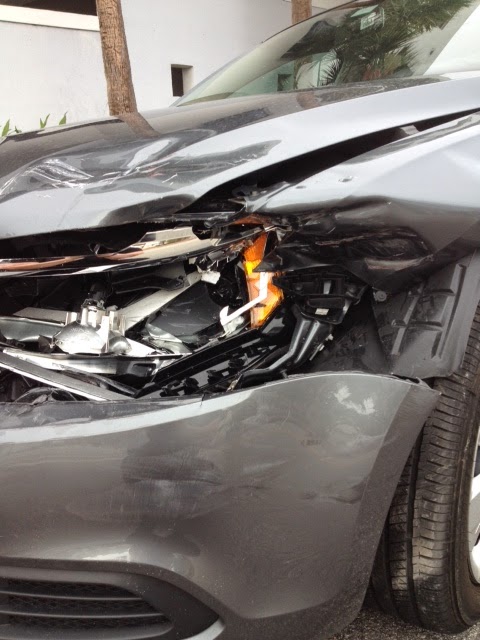 I go walking out to my car that was parked on the street and before I see my car I see a police car.  I start walking a little faster cause I don't want a ticket or a tow or whatever he has planned for me.  I'm already to point out that it's my car and I  didn't steal it.  That issue was resolved over a year ago.  My tag is just similar to someone else's and it's not the one that was reported stolen.

Then I remember the parking ticket for the frame around my tag and I'm ready to point out that I took it off a long time ago and even mailed in pictures with a very rude letter as proof I had taken it off.

Then I think that maybe I should just slow down and let the guy give me a ticket or tow it or whatever he was doing. lol!

That's when I notice that my pretty car doesn't look so pretty anymore!

I knew that parking space was too good to be true!  Something bad always happens when I find a good parking space!

Like a dummy, I ignore the policeman sitting in his car and hit the little beeper thingy to unlock mine.  It worked!  The policeman heard the beep, looked up and while pointing I said, "That's my car!"

He gets out of his car and I ask, "What happened?"  In a very wise and authoritative voice he answers, "Someone hit it."

Great detective skills on that one! 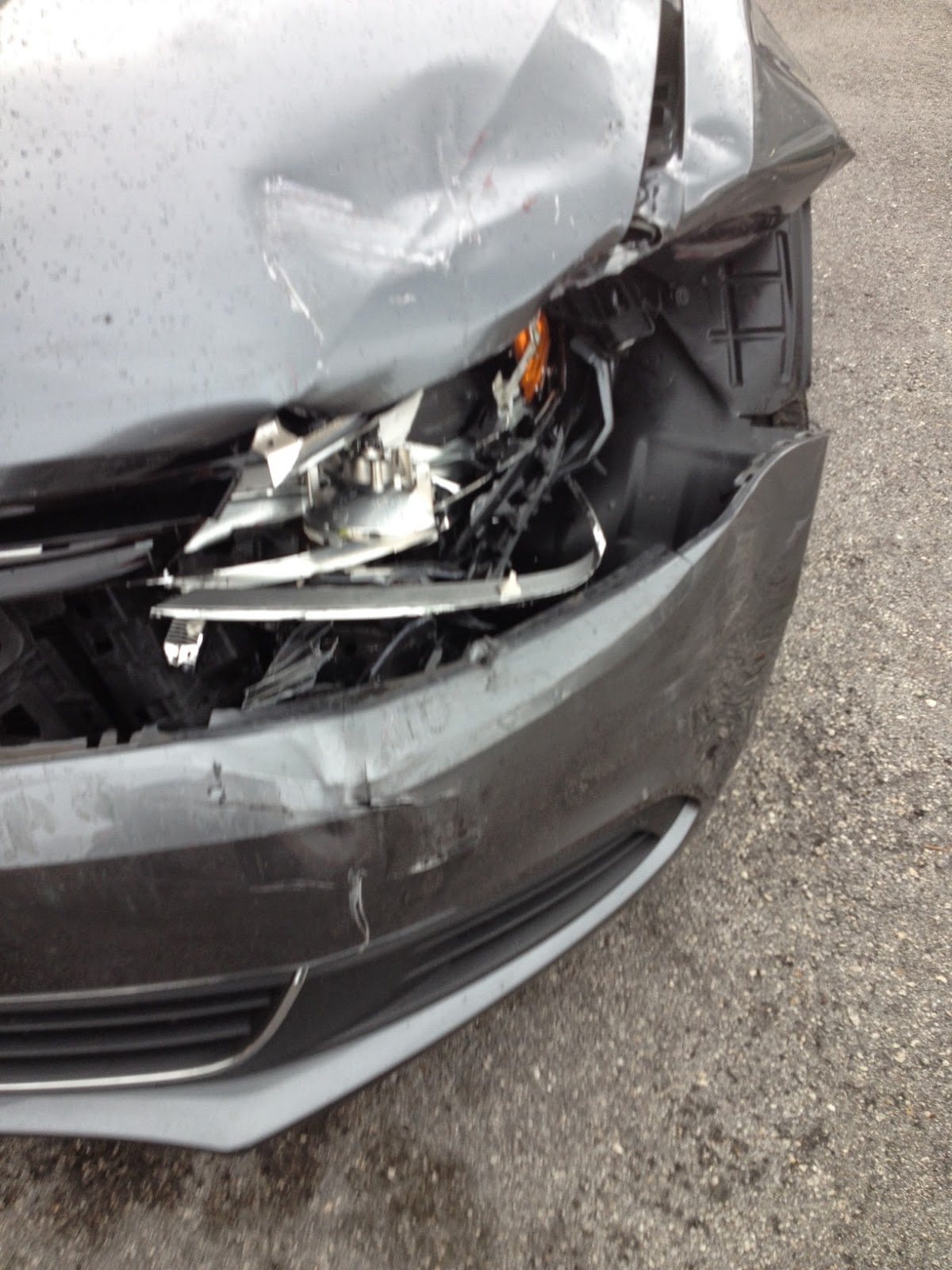 He then tells me that there was a witness and according to him it was an older car with a young guy driving.  He was driving pretty fast and decided to make a right turn.  While making the turn, he crossed over the lanes in the road and hit my parked car that was on the opposite side of the street and kept going.

I have no idea who the witness was, but he was nice enough to try to make the guy stop and when he wouldn't the witness got his tag number and called the police.  The witness was already gone by the time I stumbled onto the whole thing.

I was told that the car that hit mine was registered to an older lady from Port St. Lucie and that no report had been made about the car being stolen.  So, they don't know if the car was stolen and just not reported yet or if maybe she had a son who was driving her car.

I was also told that because it was a hit and run the investigation alone would probably take about two weeks. 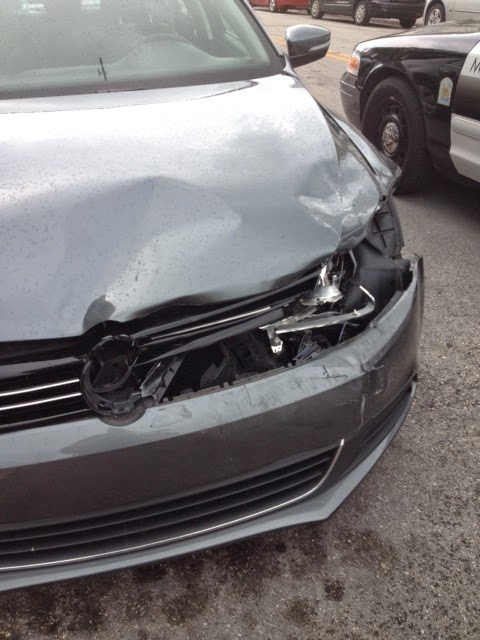 My car was hit so hard that it was pushed over against the curb and back into the truck that was parked behind me.

Lucky me!  I have damage on the front and back of my car.

I asked how the other car was able to drive away after causing so much damage to mine and was told that it was an older model Lincoln and those things are like tanks.

The VW emblem  that used to be on the front of my car ended up on the road beside my passenger side door along with this lovely "Military Police" vanity tag from the front of the Lincoln that hit me.  Apparently, I wouldn't make a very good police detective because I though the police should take that tag and bag it for evidence.  The cop tried not to laugh at me when I suggested it. 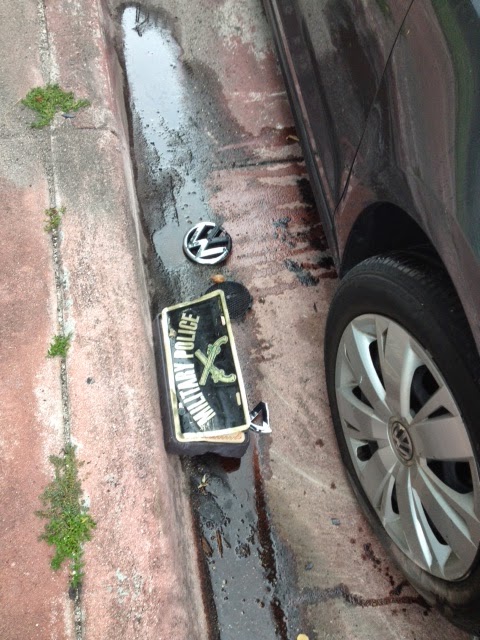 That's not rain water in the street!  That's from all the fluids that were leaking out of my car.


Underneath the Military Police tag was this one... 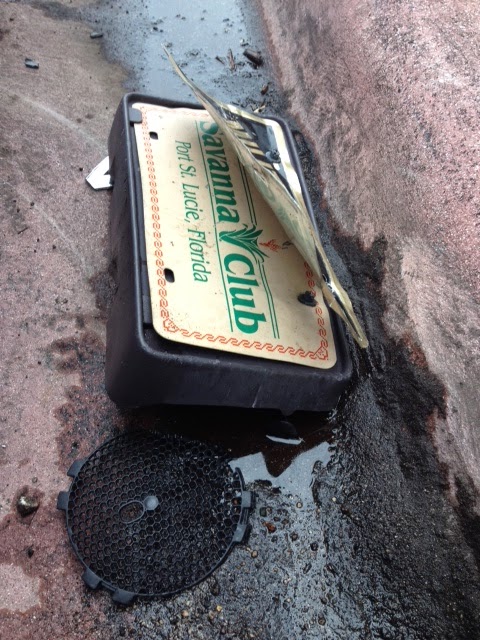 I googled it and the Savanna Club is a retirement community.  Maybe I could be a police detective after all!

So, if you guys happen to see someone driving a messed up red Lincoln that's registered to some lady in Port St. Lucie, Florida...PLEASE call the police for me!

Also, if you would like to buy me a new car...that would be awesome!